The History of Golf in Ireland | Golf Vacations Ireland

Posted on March 15, 2019 by executivehire Posted in Blog

Golf Vacations Ireland | The History of Golf in Ireland 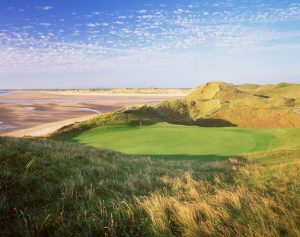 Golf is an ever-growing popular sport with over 60 million golfers in the world and over 150,000 of those in Ireland. There’s a constant stream of guests (over 200,000) travelling for a golf vacation in Ireland and to stay in Irish luxury accommodation in between days on the courses. Fáilte Ireland estimates that golf tourism brings in €270 million to the economy each year and expects that to keep grow. Confirming how magnificent it is to golf in Ireland. This makes us wonder about the early days of golf and how did it make its way to Ireland? 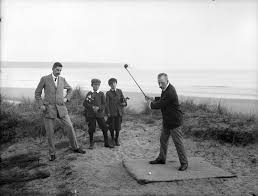 The golfing Union of Ireland traces its history back to 1891 and this makes it the world’s oldest golfing body! The game of golf originated from eastern Scotland during the 15th century.  It was officially introduced in Scotland in 1421 and spread throughout Europe (including Ireland). Golf in Ireland has been called a ‘Gift from Scotland’ and many early clubs turned to Scottish professionals to teach the game to its Irish golfers.

The Royal Curragh Golf Club, is Ireland’s oldest known golf course. Research has proven that golf was first played on the plains of the Curragh in County Kildare, approximately 30 miles from Dublin, in 1852.  In 1910 King George V approved of the Curragh Golf Club “being allowed to use the prefix of ‘Royal’ in it’ name. The course has been completely revamped and is now a challenging heathland course of 6,585 yards. A golf trip to Ireland should include the first ever golf course to be played there. 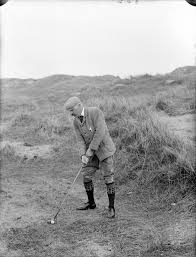 The Professional Golfers’ Association (Great Britain and Ireland) was founded in 1901 and is based out of The Belfry, England. It was established to professionalise careers in golf in Ireland and Great Britain. It also helped to grow the golf community.

As stated previously; the Golfing Union of Ireland was formed in 1891, making it the oldest national golfing union in the world. It is based in Maynooth and it currently represents 430 golf clubs with 170,000 members. 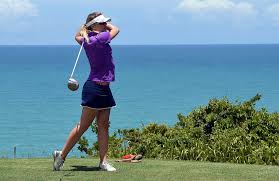 When golf first started spreading in popularity, women were not welcome to play.  It was a ‘men only’ sport, but that has now changed and both genders can equally enjoy a golf vacation in Ireland.

The Ladies’ Golf Union of Great Britain and Ireland was established in 1893 and is based out of St Andrews, Scotland.  The union’s goals are to provide women golfers with opportunities to participate and compete in golf on a domestic and international level. 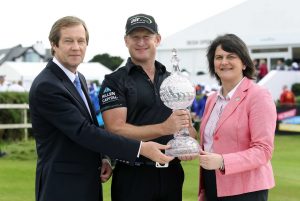 There are many golf tournaments now held in Ireland that attract the famous faces of golf from around the world and also Ireland’s home grown Irish professional golfers. The Irish PGA Championship has been held annually at many of the nation’s courses since its founding in 1907, making it the oldest tournament in Ireland. The Irish Open is a professional tournament established in 1927 and the Irish Amateur Open Championship founded in 1892. 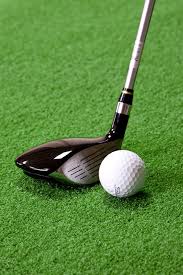 A massive tournament returning to Adare in co. Limerick in 2020 is the JP McManus Golf Pro-Am.  There is much anticipation of this golfing extravaganza as it’s expected to surpass the 40,000+ visitors that attended the last one in 2010.  The 2-day event has also raised over €100 million for charity since the very first tournament in 1990.  We highly recommend a luxury golf tour of Ireland in 2020 coincides with this famous tournament.

Just some of the history of golf in Ireland and the fantastic tournaments that are now available.  A vacation to Ireland means you can play golf, sight-see and attend a golf tournament. Complete with your Irish private chauffeur to transport you in luxury; from the airport to your deluxe accommodation and to each and every golf course. If you would like further information on a Luxury Golf Tour of Ireland, or would like more information on any of our tours then please click the Enquire button below: