Play Ireland’s national treasures, for a deluxe golf vacation in Ireland – Royal County Down and Royal Portrush; a links course with a sea of crater-like bunkers and small dunes. You’ll also play the spectacular links of Portmarnock– each course more incredible than the last. During your trip you’ll stay in luxurious five-star properties that celebrate the charm of this ancient land and its people. This tour is a favourite for golfing purists. We play the best 9 links courses on the island of Ireland and you will be in dreamland playing dream golf. Mike Ryan’s guarantee. 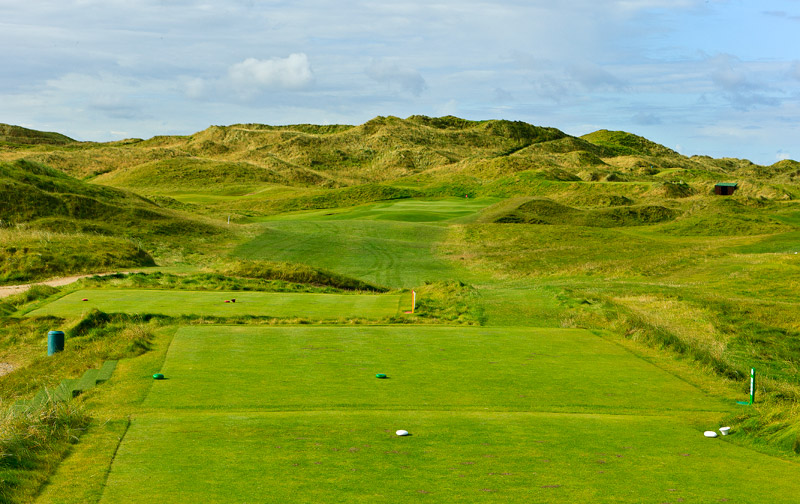 Founded in 1927, Lahinch Golf Club is one of the oldest golf clubs in Ireland and a wonderful place to begin acustomized golf tour of Ireland. There are two courses, the Castle Course and the Old Course. Established in 1892, and designed by Tom Morris/Alister MacKenzie, the Old Course has often been compared to Saint Andrews by the top world ranked golfers. When it was completed Mackenzie stated “Lahinch will make the finest and most popular course that I, or I believe anyone else, ever constructed”. The Old Course is visually breathtaking, it looks out on the Atlantic Ocean and is subject to calm cool breezes and full on blustery winds. The old course has an array of exceptional golf holes that utilizes the surrounding natural terrain to optimum advantage 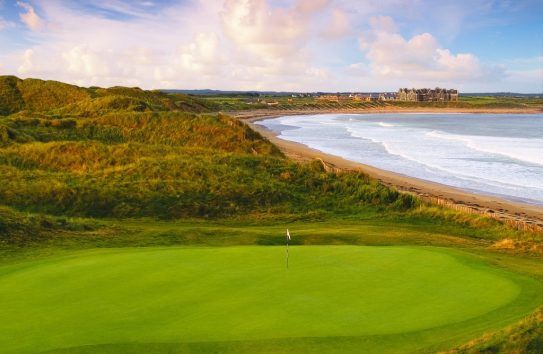 Next on your Irish Golf Tour is the Doonbeg Golf Course designed Greg Norman, the two-time British Open Champion. The course is pretty unique as it forms a crescent shape along 1.5 miles of beach and sand dunes, while playing a round you are treated by views of the Atlantic. Because of Normans design, the average time it takes for a round of golf is four hours and thirty minutes. Doonbeg was officially opened in 2002, and was awarded European Golf Resort of the Year by the IAGTO, as well as Golf Digest’s ‘Best New International Course’, in 2010. Doonbeg Golf Club was purchased by Donald Trump in 2014 for an estimated €15 million. Trump aimed to turn Doonbeg into a “truly iconic” golfing resort and changed the name of the links to Trump International Golf Links and Hotel Doonbeg, Ireland. 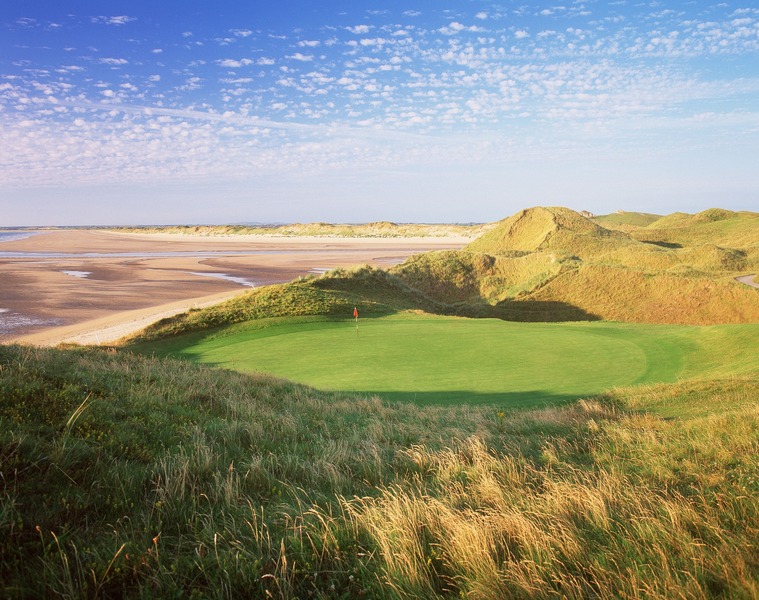 Tralee Golf Club is located in Co Kerry, on southwest coast of Ireland. Tralee Golf Club was designed by the one-and-only Arnold Palmer. Surrounded by the Atlantic, Tralee offers breathtaking views on all sides. The area surrounding includes castles, distant islands, towering mountains and the famous beach that was featured in the film, Ryan’s Daughter. Tralee Golf Course is considered a golfer’s paradise, these stunning links represent a true challenge to veteran players and is widely hailed as one of the finest 18 holes in Ireland. The 17th hole named Ryan’s daughter, after featuring in the award-winning film by David Lean. Looking down over the cliffs you are taken back by the miles of beach, stretching as ‘far as the eye can see’, taking this route your personal driver in Ireland can easily show you where most of the scenes from the film were shot.  Arguably the most memorable hole on the course, the 17th plays from a high tee, across a gap, to a green contrasted against mountains. 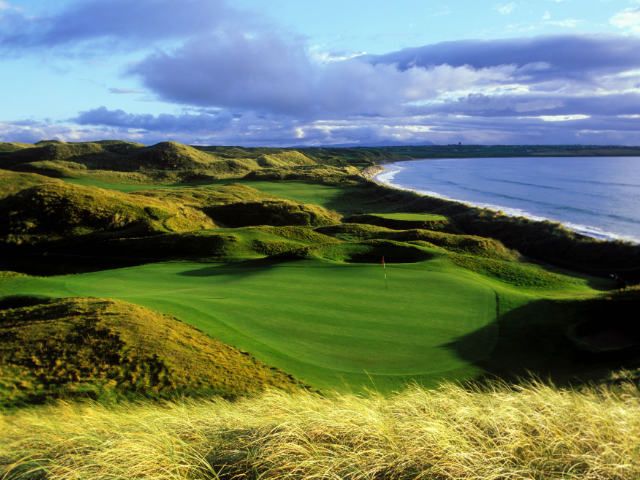 Ballybunion Golf Club was founded 1893. It is home to two uniquely and challenging links courses the Old Course and The Cashen Course. Ballybunion has enjoyed welcoming international visitors to the Club for many decades, not only for the high quality of both courses but also for the club’s facilities. The Old Course in recent years has emerged as the country’s most coveted golf venue, by professionals and celebrities. Bill Clinton famously made a flying visit here in 1998 as have many PGA Tour stars like Tiger Woods and Tom Watson (who was captain back in 2000 when the old course hosted the Irish open on the European tour). The Old Course is the original course at Ballybunion Golf Club and is classed as one of the best golf courses in the world. The first seven holes are a gentle learning curve, (then the layout can be quite challenging) it features narrow, contoured fairways that can be almost claustrophobic play on to the ninth, it becomes obvious why it is a luxury golf vacation spot and why it is ranked as one of the best in the world. 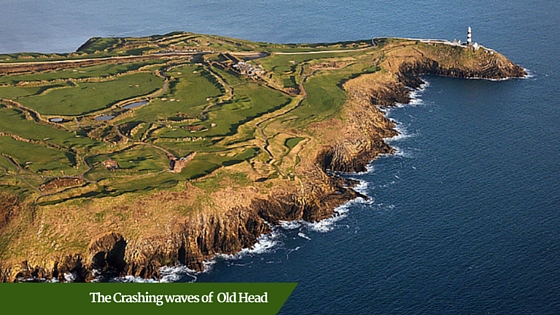 The Old Head Golf Links near Kinsale is one of the world’s most unique and dramatic courses, built by Ron Kirby, Paddy Merrigan, J. B. Carr and the late Eddie Hackett, in 1977. It sits on a 216-acre headland jutting out more than 2 miles into the Atlantic Ocean. The entire course stretches for more than 7,000 yd, nine holes of play along the cliff-tops and all 18 holes give you an unmatchable view of the ocean. Old Head, is a tough par 72, with five Par 3’s, eight Par 4’s and five Par 5’s, spread out to over 7,200 yards. With the ever-changing sea breezes, the course provides a challenge to the professional and amateur alike. Originally designed as a walking course, visitors are encouraged to walk the old head with a club Caddy to really appreciate the work and stunning views on each hole. 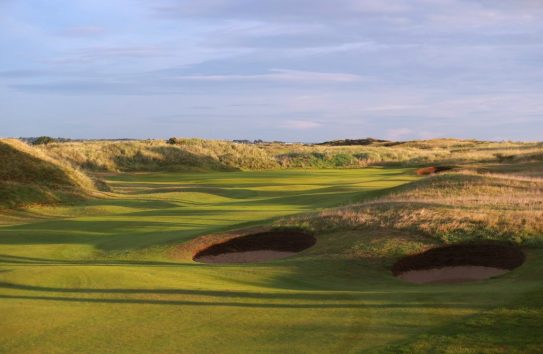 Portmarnock is one of Ireland’s classic Golf Clubs founded in 1894 and, as testament to the quality of the design, the first ever Irish Open Amateur Championships was held here in 1896, just two years after it was opened. Almost a hundred years later, the Walker Cup was hosted by the Portmarnock Golf Club in 1991. In 2005, the club received news that the internationally syndicated Golf Digest ranked it number 30 in the world’s greatest 100 links. The club has come a long way with many iterations, initially started with only 9-holes until 1896. Then another 9 more were added, finalizing it to a complete 18 hole championship course. After an unprecedented collaboration between the amateurs and professionals, almost 80 years later, a further 9 holes were added. Giving it a total of what we see today; 27 of the most enjoyable and challenging holes in the world. 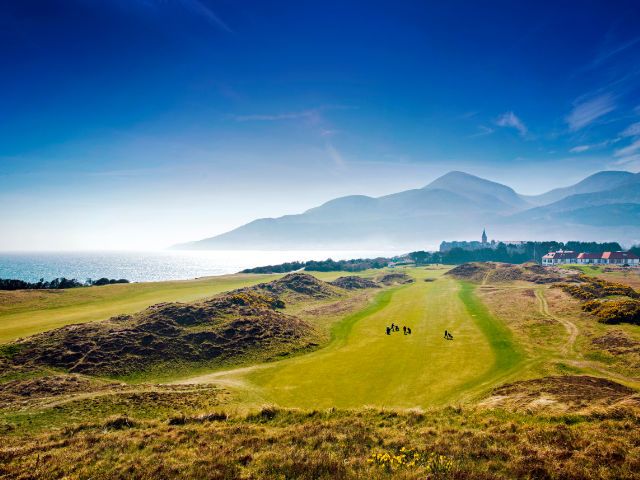 The Royal County Down is a rugged, wind-blown, challenging play, with snarling bunkers edged by marram grass that runs along the Irish coastline. On any given clear day, visitors will be treated to vistas like no other place on earth. Imagine looking east to see the beautiful bay of Dundrum, busy with the hustle and bustle of fishing boats, then to the south you behold the gorse-covered Mountains of Mourne; with its dense marram grasses and impenetrable clumps of heather. There really is in my opinion no place more exquisite to play a round of fantastic golf on your Irish golf tour. The bunkers at the Royal County Down have been said to be the most stunning of any course, this is because of the flora such as marram, red fescue, and heather that are rampant over the entire length of play. The Royal County Down can boast many accolades including: the best in the world voted by Golf Digest magazine’s where it is listed “The World’s 100 Greatest Golf Courses referring to it as a “surprising but deserving new number one”, (taking the top spot from Pine Valley). 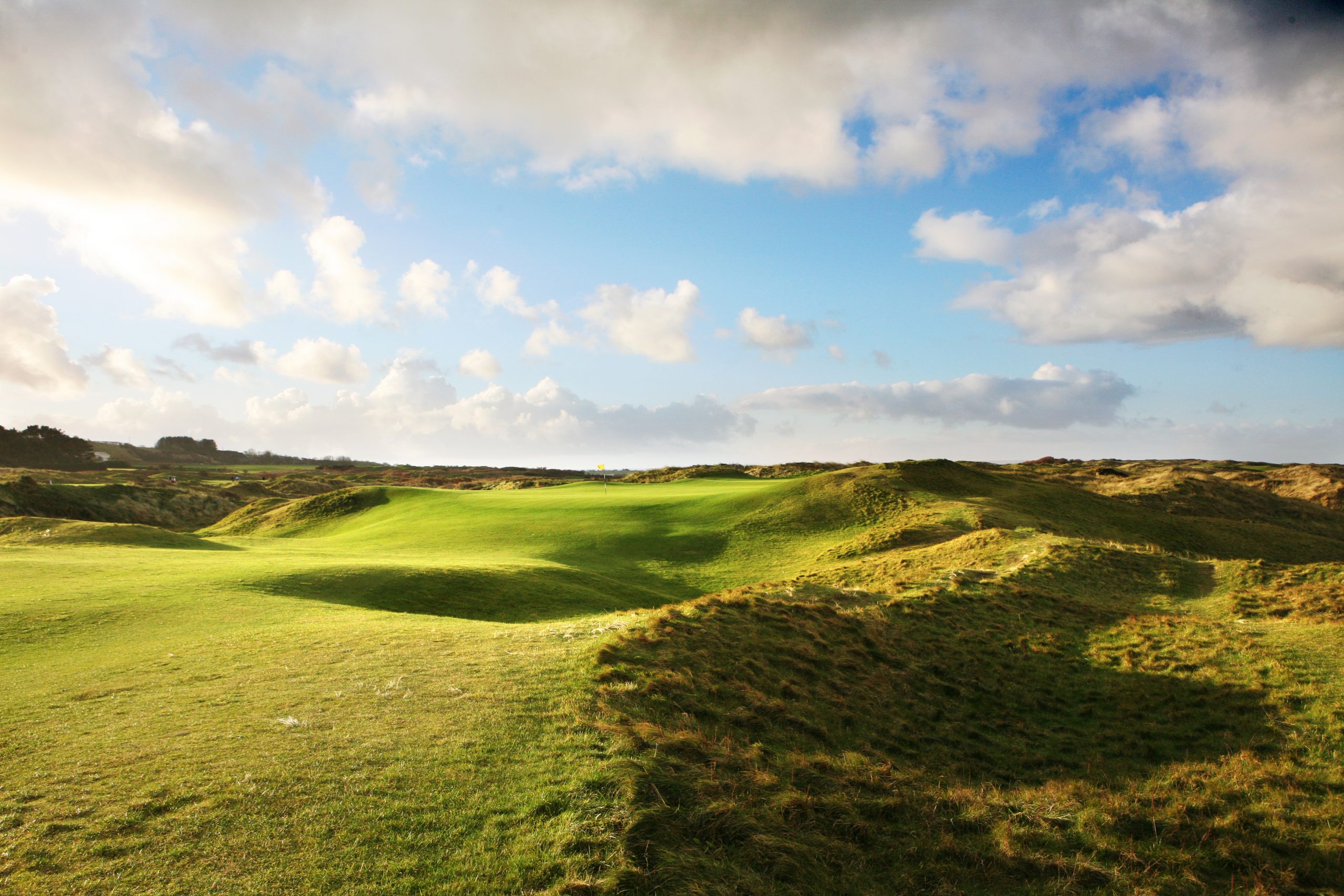 The Royal Portrush Golf Club is situated in front of the White Rocks beach and boasts stunning views of the 13th century Dunluce Castle. Royal Portrush offers two of the most challenging 18-hole golf links courses in Ireland; The Dunluce Links & The Valley Links. The links were designed by architect Harry Colt and offer a driving range, pitching green & putting green. The Dunluce Links is a combination of rough terrain, taxing greens & erratic North Atlantic weather making it the ideal choice for golf pros and high handy-cappers. It was voted number 12 in the world by Golf Magazine. The Valley Golf links course is nestled in between vast sand hills directly adjacent the Atlantic oceanfront. The course is filled with challenging multi-level and multi-surface holes which make it an ideal playing ground for the enthusiastic high handy-capper. 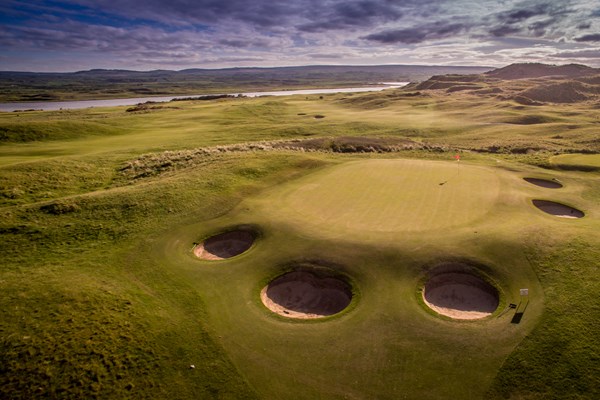 The Portstewart Golf Club was founded in 1894 and is set in Ulster’s famous Causeway Coast and runs along the River Bann. It combines 73 holes over three remarkable courses; The Strand, The Riverside and The Old Course. The course consists of vast sand dunes that are encircled by the splendid views of the bay and the Donegal hills.  Set in classic links country the Golf Club has hosted many amateur and professional tournaments through the years, famously one of the qualifying stages of the British Open in 1951 when it was held in the neighbouring Portrush. In the Clubhouse there is a restaurant and Pro shop.