Peter’s Pick of Irish Golf is a specialised Golf Trip to Ireland, designed for golfers who want to go the extra mile and play at some of the very best courses in Ireland.  This private golf tour brings us to County Clare, Cork and Kerry to experience the spectacular views on challenging courses, the perfect combination.

The first course your personal chauffeur will escort you to is Lahinch Golf Club. It is one of the oldest golf clubs in Ireland officially opened in 1927. The Old Course is designed by Tom Morris/Alister MacKenzie and is the St Andrews of Ireland. It looks out on the Atlantic Ocean and is taxing to play when blustery winds come in off the Atlantic. The Old Course exudes a feeling that cannot be compared anywhere on earth. With its’ beautiful, contoured fairways that roll down through grassy dunes, no wonder it is consistently rated among the top courses and given accolades in Golfing Magazine (which named it Irish golf links winner 2015). 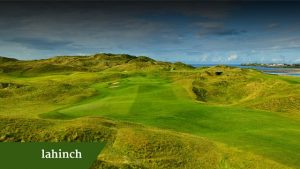 Next on your Irish Golf Tour is the Doonbeg Golf Course designed Greg Norman, the two-time British Open Champion. The course is pretty unique as it forms a crescent shape along 1.5 miles of beach and sand dunes, while playing a round you are treated by views of the Atlantic. Doonbeg Golf Club was purchased by President Donald Trump in 2014 for an estimated €15 million. The presidential candidate aimed to turn Doonbeg into a “truly iconic” golfing resort. The famous billionaire changed the name of the links to Trump International Golf Links and Hotel Doonbeg, Ireland. 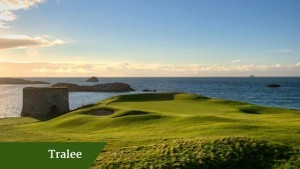 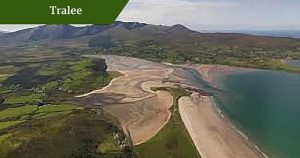 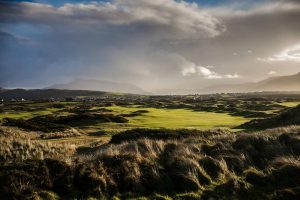 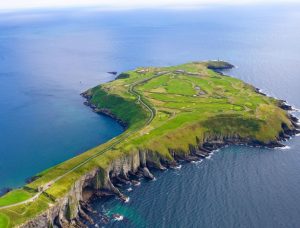 That completes Peter’s Pick of Irish Golf and just some of the fantastic Golf Tours in Ireland, there is so much to see and do in our wonderful country. If you would like further information on a Luxury Golf Tour of Ireland, or would like more information on any of our tours then please click the Enquire button below: