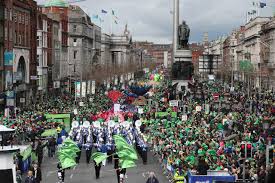 One of the most celebrated national Days in Ireland is; St Patrick’s Day.  Nobody throws a massive nationwide party like Ireland! Every town and city in the country has a parade on the 17th of March in celebration of St. Patrick.  The festivities continue throughout the day and long into the night over a pint of black stuff (Guinness!). If there’s ever a date to choose a private trip to Ireland then ‘Paddy’s Day’ is a day to include. 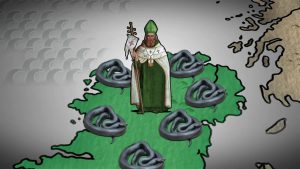 Saint Patrick’s Day is a religious day and the legend is that St. Patrick drove all the snakes from Ireland. This is represented in parades.  The parades typically represent everything about Irish culture, from music to dancing.  It is customary for people to dress in green and to wear shamrock.

The biggest and most famous of parades can be found in Ireland’s capital, Dublin. The celebrations here go on for days!  It is a perfect chance while on a private tour of Ireland during the St. Patrick’s Day festivities to explore everything Dublin city has to offer. It’s home the houses of Parliament, Dáil Éireann – Houses of the Oireachtas, the meeting places of the Government of Ireland and also the Four courts, with Ireland’s Supreme Court and High Court based here.

With your Irish personal driver you can explore Dublin and discovery Ireland’s history (a small piece of it) by visiting Kilmainham Gaol (Jail) was first built in 1796 and is one of the largest unoccupied jails in Europe.  Public hangings used to take place in front of the prison but there were very few hangings from the 1820’s onward.  However, many of the leaders of the 1916 Easter rising were executed in Kilmainham Gaol.  Seen at the time as a place of suffering and oppression it’s no surprise that the jail was shut down as a functioning prison by the Irish Free State in 1924.  The restoration of Kilmainhan Gaol was completed in 1971 and opened to the public.

St Patrick’s Cathedral founded in 1191, it is the largest church in Ireland and named after St Patrick, who baptised Christians nearby over 1500 years ago.  It’s the National Cathedral of the Church of Ireland and major refurbishment took place in 1870’s as it was feared the building was nearly collapsing.

A driver guided tour of Ireland can bring you to the popular tourist attraction Trinity College is recognised for its academic excellence world-wide, founded in 1592 it is Ireland’s most prestigious universities.  Up to the 20th Century men were the only scholars allowed entry to Trinity College, this changed in 1904 when women were admitted to the college as full members for the first time.

As mentioned earlier a huge part of the St. Patrick’s Day celebrations involve a pint of the ‘black stuff’! The Guinness Storehouse, is the home of Guinness, the beverage the Irish are known for.  In 1759 Arthur Guinness famously signed the 9,000 year lease for the storehouse.  On the tour you get to learn the history of Guinness and how to pour the perfect pint, there’s definitely a skill to pouring a Guinness and leaves you with fantastic memories of your Tour of Ireland!

For over 800 years Dublin Castle has stood in the heart of Dublin and was originally built on a Viking site.  It was used as a military fortress.  The inauguration of the very first president of Ireland took place here and so did every one that followed.  It is now used a lot also for State receptions and can be closed at short notice for Government business. Very little of the original medieval building remains above ground as most was destroyed in a fire in 1673.  However, the regal theme has remained consistent throughout and is a magnificent building to visit. A perfect bit of history you’ll want to explore on your trip to Ireland. 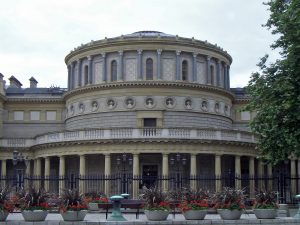 There are 3 branches of the National Museum of Ireland in Dublin and the branch as seen in the photograph above is the Museum of Archaeology.  It contains so famous examples of celtic pieces so as the Ardagh Chalice, the Tara Brooch and the Derrynaflan hoard.  There are also further back in time prehistoric pieces from the Iron Age.  It’s fascinating how such a small Island such as Ireland can have so much history and physical artefacts to prove how ancient Ireland is. Plan your family vacation in Ireland and you won’t be disappointed.

In Ireland we love our visitors and in particular on days of celebration like St Patricks Day. We want to share our culture with you and celebrate all things Irish! This one celebration is only a taste of what Ireland has to offer. I hope you enjoyed reading about the spectacular places!