You’ve heard of the seven wonders of the world but Ireland is a country full of wondrous scenery and ancient sites. Some which are older than the pyramids! Whether you are having a staycation in Ireland or planning a trip of a lifetime, Mike Ryan guarantees you that travelling with an Irish private driver is the only way to see Ireland. We have seven wonders of Ireland (there are really many, many more) and all the sights you need to make your Irish trip one you will never forget. 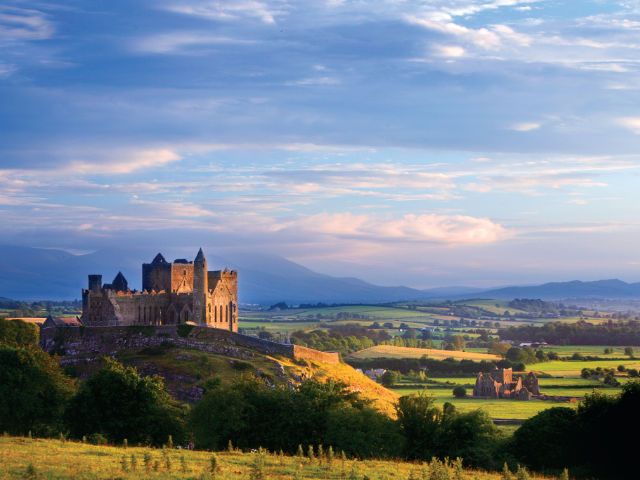 A trip to Ireland must include the iconic Rock of Cashel in the heart of Tipperary. Carraig Phádraig, more formally St. Patrick’s Rock, it is also known as Cashel of the Kings. According to local mythology, the Rock of Cashel originated in the Devil’s Bit, a mountain 30 km north of Cashel when St. Patrick banished Satan from a cave, resulting in the Rock’s landing in Cashel. After the 12th century the buildings on the rock were gifted to the Church. 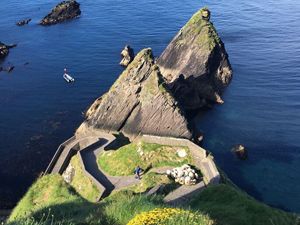 Slea Head is a promontory fort (1,000 BC approx), Dun Beag Fort. Although its exact build date is unknown, it is thought to have been built around the same time as blockhouse forts in Scotland in the Iron age and is resident to the remarkable Bee Hive Huts.

The famine cottages are located in Slea Head and are an incredible example of traditional Irish construction techniques from the early 19th century. They were constructed using mud and stone and usually consisted of two rooms and a loft or mezzanine. The mezzanine was accessed using a ladder. Slea Head offers astonishing views of the Blasket islands and distant views of Skellig islands. 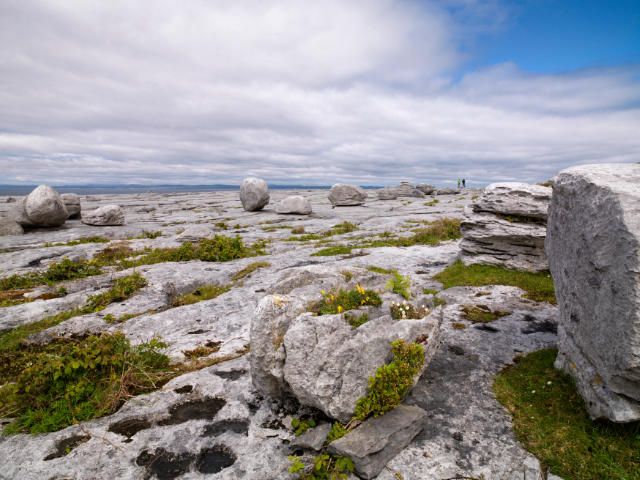 The Burren National Park is a short journey from the Cliffs of Moher, your private Irish chauffeur can arrange for you to see both. The name Burren is from the Irish word ‘boireann’ meaning rocky place, and it certainly is! Mainly formed of limestone rock the Burren stretches over 15,000 Acres and is the smallest National Park in Ireland. There have been many tombs found around the Burren, made from the rocks, the famous being the Portal Dolmen, proving people have lived in the Burren for over 5,000 years. It’s a very different landscape during your tour of Ireland as there’s no lush green grass and it’s easy to forget the the vast area of rock landscape is still the Emerald Isle. 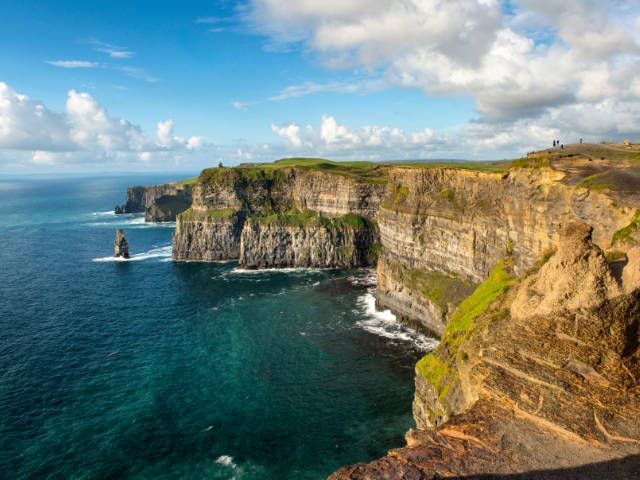 The Cliffs of Moher are one of Ireland’s top Visitor attractions and was in the running in being considered for one of the seven wonders of the world. The Cliffs are 214m high at the highest point and range for 8 kilometres over the Atlantic Ocean on the western seaboard of County Clare. From the Cliffs you can see the Aran Islands, Galway Bay, as well as The Twelve Pins, the Maum Turk Mountains in Connemara and Loop Head to the South. The Cliffs of Moher take their name from a ruined promontory fort “Mothar” which was demolished during the Napoleonic wars to make room for a signal tower. Your Personal Chauffeur Ireland will bring right to the cliff pathway and be waiting for you to return from a refreshing walk, breathing in that Irish air. 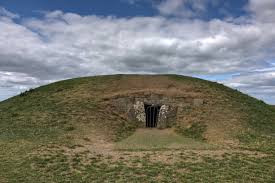 The Hill of Tara is also located near the River Boyne in Meath. It is an archaeological complex that runs between Navan and Dunshaughlin and contains a number of ancient monuments. According to tradition, it was the seat of the High King of Ireland (Árd Rí na hÉireann). The hill itself is 500 feet high and has some of the most panoramic views of the plains of Meath. Tara consists of two linked ring fort enclosures, one from the Iron Age and the other, called Ráith na Ríogh, the Fort of the Kings. At the very center of the Royal Seat stone of destiny, according to legend, upon being touched by Ireland’s new king would let out a scream heard throughout the entire island. 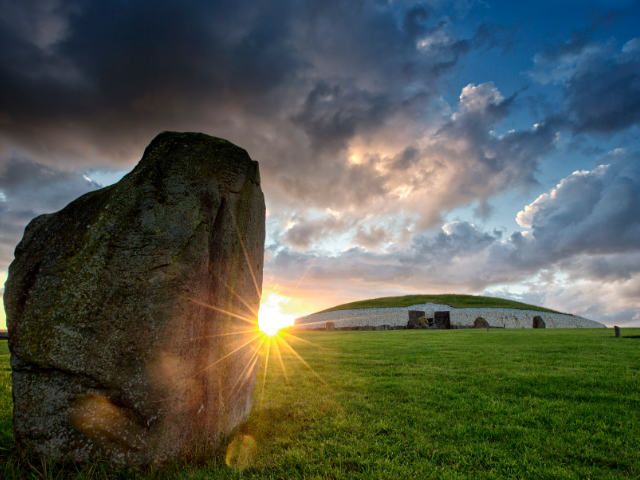 Newgrange is a prehistoric monument in County Meath, Ireland, located 8 kilometres west of Drogheda on the north side of the River Boyne. It is an exceptionally grand passage tomb built during the Neolithic period, around 3200 BC, making it older than Stonehenge and the Egyptian pyramids.  Located in Brú na Bóinne, every year a special Solstice winter celebration is held at the site as it is built in such a way that the light hits a certain point annually, eerily similar to Stonehenge and the pyramids. 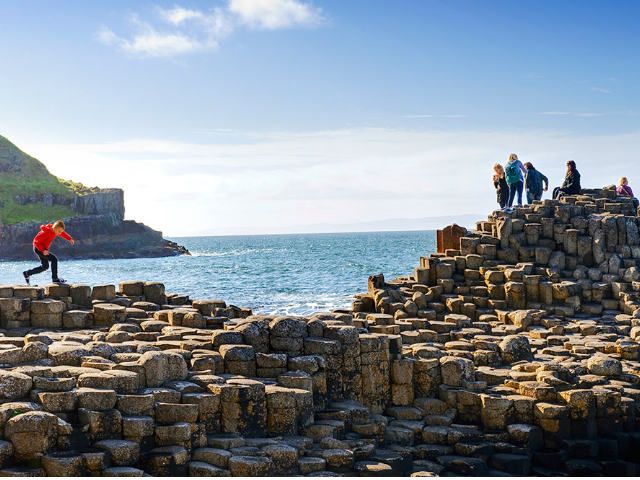 The Giant’s Causeway lies at the foot of the basalt cliffs along the sea coast on the edge of the Antrim plateau in Northern Ireland. It is made up of some 40,000 interlocking basalt columns, the result of an ancient volcanic fissure eruption. The myth of the Causeway is an even better story… it involves a fight between two giants! Whichever truth you would like to believe the Giant’s Causeway is certainly iconic scenery in Ireland.