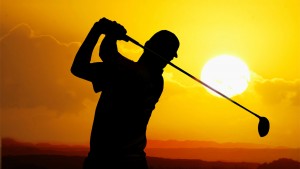 So why choose Ireland for your golf trip?  Besides the magnificent scenery, Ireland has some of the best Golf Links the world has ever seen.  The Golf Courses are a favourite with some of the globe’s most famous stars and Ireland itself has contributed so many talented golfers to the world.  Today we’re going to explore the top ten and confirm why Ireland should be top of your list for a luxury golf tour in Ireland.

We begin with the Royal County Down.  It is located in the seaside resort of Newcastle in Co. Down and was founded in 1889.   At 127 years old, it is one of the oldest Golf Clubs in Ireland and has two 18-hole link courses, the Championship course and the Annesley links.  It stretches out over 7,200 yards along the shores of Dundrum Bay, making it one of the most naturally stunning courses in the world.

To play this course is an absolute test of any player’s skills.  Because of the natural settings with gorse and heather, if your shot strays off course you could have a tough game ahead.  Also the ‘bearded’ bunkers are infamous and requires the player’s concentration.  The Royal County down has made impression contributions to Irish Golf and was only the second venue to host the Walker Cup.  Most recently, this year 2016, Golf Digest named it the best Golf Course in the world.

The Royal Portrush Golf Club is found in the fishing village of Portrush, in County Antrim in Ireland.  It was formed in 1888 it was only a 9-hole course, until 1889 when it was extended to the 18-course (Valley Course).  Then in 1929 another 18-hole course (Dunluce Course) was added by the renowned architect, Harry Colt.

There are a number of signature holes to play, notably the 14th hole, it’s an uphill par 3 named ‘Calamity Corner’.  The 2 courses are amongst some of the most challenging in Ireland.  The Royal Portrush Golf Club was voted the 12th best in the world by Golf magazine.  It is situated in front of the White Rocks beach and boasts spectacular views of the 13th century Dunluce Castle.  Everything you can expect to see in an Irish golf trip.

Extending over 2km out onto the Atlantic, the Old Head Golf Course rests on 7220 acres of land.  It’s located in Kinsale, Co. Cork,  famously known as the as the nearest point to where the Lusitania was sunk by a German torpedo during World War 1, in 1915.

The course was originally designed as a walking course and though challenging this is still encouraged today.  The dramatics surroundings of clifftops, makes this a very memorable golf tour in Ireland.  It has been labelled ‘one of the most beautiful Golf Courses in the world’ by the PGA advisory board.  Each hole gives astonishing panoramic views of the Atlantic and give the feeling of playing on the gigantic sea.  It is a much sought-after golf experience by players throughout the world.

Founded in 1893, Ballybunion Golf Club is home to two testing course, the Old Course and The Cashen Course.  Ballybunion is in County Kerry, on the southwest coast of Ireland.  It was founded in 1893, starting off as a 9-hole course before later expanding to 18 holes, in 1927.

Although its’ remote location has lead to few championships being held here, Ballybunion Golf Club has been a consistently popular amongst those wishing to be challenged.  It’s remote location is no concern to as you can book a private chauffeur to get you there and back.  The Club has grown in reputation of high standards through the years and has seen many famous faces, including ex-American President, Bill Clinton. 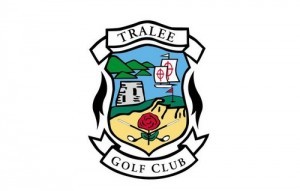 The 18-hole course is a par 72 and stretches to 7,000 yards.  With over 1,300 and visitors from over 30 countries the beautiful surroundings of Tralee are sure to keep attracting many more enthusiasts from around the globe.  There is an abundance of stunning scenery around this stunning Golf course, with its’ majestic mountains in the background and castle views.

Another favourite golf vacation spot in County Kerry is Waterville Golf Links.  Designed by John A Mulcahy (architect Eddie Hackett) and opened in 1973, his vision was to built the most challenging golf links in the world.    The course stretches over 7,300 yards, intimidating to even the most confident player.

All 18 holes on this course are signature holes, with quirky names and breathtaking views.  It has inspired visits from the famous faces of the golfing community: Mark O’Meara, Tiger Woods, Stuart Appleby, Lee Janzen and David Duval.  Also popular with the late Payne Stewart, a bronze statue was unveiled there to honour him, following the tragic plane crash that claimed his life in 1999.

Found County Clare, Lahinch is a popular surfing resort with its’ world-famous Golf Links Course.  Founded in 1892 it was redesigned and the new 18-hole course was opened in 1927.  It has two 18-hole courses, the Old Course and the Castle Course.

Lahinch hosts the annual South of Ireland Championship, an amateur golf tournament, since 1895.  It’s signature hole ‘The Dell’ is famously known all around for it’s difficultly, it is a tough 150 yards par 3.  The Golf Club is set on the edge of the beach with surrounding sea views, it’s no great surprise that Golfing Magazine named it Irish golf links winner 2015.

It is a 72 par course that plays 9 in and 9 out.  The speed and variation of wind in this open play can be the challenge that awaits here.  This is definitely a course in which all clubs will be used!  Now know as the Trump International Resort, there’s everything on offer here from luxury suites to fine-dining and a spa health and wellness centre.

Found in County Kerry, in 1889 the original 9 holes were laid out in Dooks Golf Club.  It was unique as at the time it was one of only ten Golf Clubs in Ireland.  In 1899 the additional 9 holes were added, making Dooks the first 18-hole Golf Course in Kerry. 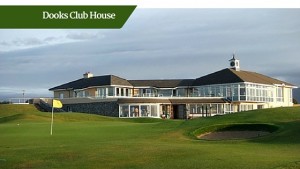 As a 127 year-old Course has long contoured fairways and the Mc Gillycuddy’s Reeks mountains to the east.  It is an enclosed links so wind speeds of other courses shouldn’t effect play here.  However, this doesn’t mean it’s an easy course and still requires a skilled player to take it on.  It is traditional golf to a tee! 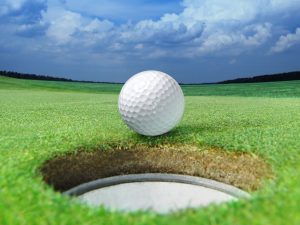 There you have the Top Ten Link Courses that Ireland has to offer!