Posted on May 27, 2016 by executivehire Posted in Blog 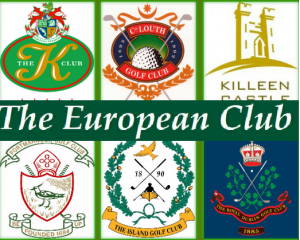 This week we are heading east, on your private golf tour of Ireland, to check out what Leinster has to offer the golf enthusiast.  Golf Clubs around the Dublin area have been praised as some of the most beautiful and well designed courses in the world.  Today we will be visiting the seven most prestigious clubs Leinster has to offer. 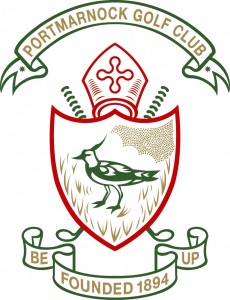 Portmarnock can be found along a stretch of coastline on the Howth Peninsula 10 miles from Dublin city.  When it opened, in 1894, it was only accessible by boat due to the fact that it is completely surrounded by water.  In its’ current form, that was designed by legendary-pro Bernhard Langer, Portmarnock has hosted more major championships than any other club in Ireland such as: the British Amateur, the Walker Cup and Canada Cup. 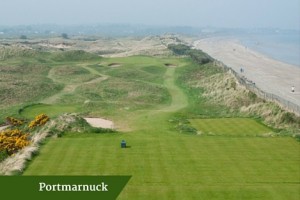 The layout is straight-forward with no little surprises or tricks, it gives an enjoyable experience, but the course is best known for its tough set of  holes at the back nine.  It has proven a challenging test even for the most veteran golfers.  Arnold Palmer quoted as calling Portmarnock’s 15th hole, “the finest par-3 in the world.” The changeable winds that come off the Atlantic add even more of a challenge. 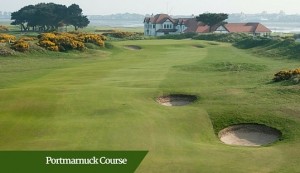 Portmarnock is one of the most exquisite golf courses in Ireland.  The relatively flat green makes for a very fast play, each hole has its own little quirks and interesting features, starting off with the first hole.  If you look just a short distance away you will come across an ancient graveyard.  Portmarnock is highly regarded as a classic, world-wide and a memorable, challenging golf links and should be on your deluxe golf vacation package. 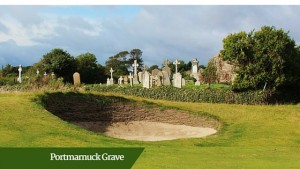 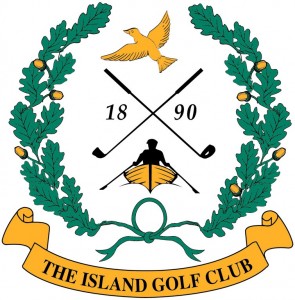 Founded in 1890, The Island Golf Club has always been rated among the best courses in Ireland.  In 2016, it was ranked 13th in Golf Digest: Ireland’s top 100.  Located near the village of Malahide in County Dublin, the links is home to some of the most stunning dunes on the Irish east coast.  As its’ name implies the course is an actual island surrounded by the Broadmeadow Estuary, the Irish Sea and Donabate Beach.  Until 1973, it was only accessible by boat but our private driver will take you directly to the Islands Club-house with no fuss. 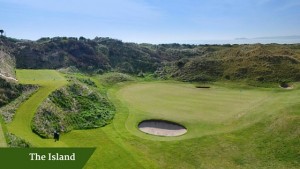 Since its opening, the Island strived to protect its’ natural surroundings and heritage.  Recently, Martin Hawtree has made some course design changes, so no two holes are alike.  Although, carefully-maintaining its true nature and character.  As a result, the Island proudly claims to be one of the most stunning, natural courses in Ireland with beauty that never fails to impress.
Arguably the course’s favourite hole is the 13th, which is a 220 yards, par 3.  Golfers (who are not feeling confident) can choose the safe option and take the short green to the left, but those who like to take the risk can take on the beach and hope for the best. 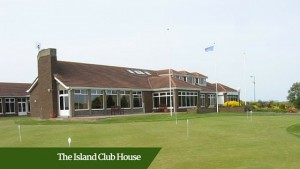 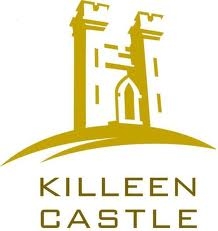 Killeen castle
Many people and professionals alike consider Kileen Castle Golf Course to be in the top ranked clubs worldwide.  Why?, because it was designed by a legend in golf, who has won 18 major championships, Jack Nicklaus, he personally oversaw the construction.  Once it was complete Nicklaus described Killeen Castle as “truly one of our finest ever creations.”
The course was in fact so well designed it caught the eye of the Solheim committee (they named it host venue in 2011) resulting the memorable battle between Europe and the USA.
In honour of its creator a bronze statue was erected on the castle grounds. 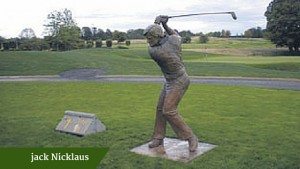 Kileen covers over 350 acres of natural woodlands, Nicklaus created a course that would be a challenge but still remain playable and enjoyable for the average golfer.  It is a true legacy to the quality and detail of Jack’s vision, so much so, that the course was awarded the honour of host venue for the 2010 AIB Ladies Irish Open and also the 2011 Solheim Cup. The course plays very fast due to the bent-grasses planted, making the ball fly across the surface, (coupled with the massive 540 km drainage system) it maintains its’ play ability all year long. 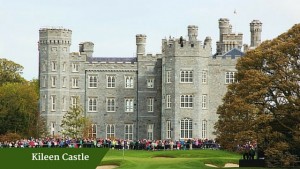 For a warm up (before you tackle the course) you can practise those big hits at the long game facility.  On the other hand, if your short game is lacking, then take your time on the putting greens in front of the Clubhouse.  To compliment the Clubs’ staff, Kileen castle have employed Dave Peltz; who is widely recognized as the foremost authority on putting and the short game.
Peltz’s has years of in depth research and analytical approach.  It is no wonder professionals like Phil Mickelson and amateurs have relied on his advice and flocked to his seminars. 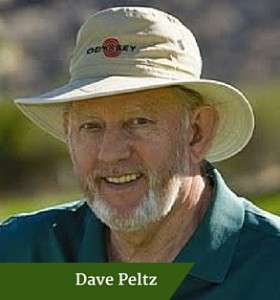 The European Club
The European Club was designed and owned by Pat Ruddy; wishing to create a challenging and aesthetic pleasing championship links course, with every hole having an incredible ocean view.  As a modern course over 7,000 yards in size from the back tees, it is one of the countrys’ larger layouts.  The dramatic, tumbling sand dunes that overlook the Irish Sea characterise the course with a suspicious lack of blind spots (you could easily be fooled that this is an easy play) but, after the first few holes, you soon realise this pitch-and-run course hides deep pot bunkers and how easy it is to slice your ball onto the beach. 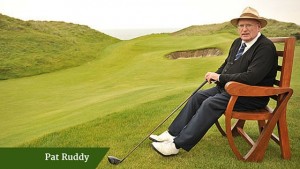 There are many signature holes on the links, for example, eleven of the long par 4’s measure well over 400 yd’s each.  As well as the worlds longest green at the 12th, a staggering 128 yards.  To prepare for the British Open, Padraig Harrington spent a lot of time here and went on to win twice.  Recalling “There is no question that there were shots at The Open that I was better at because I had played links golf at The European Club the week before”.  Padraig still did not manage to beat Tiger Woods’ record of 67 on the course, Woods quoted “What wonderful optical illusions. I thought some of those par 4’s were par 5’s.  A great links” 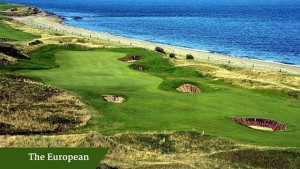 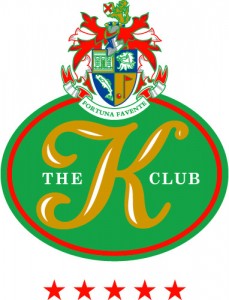 K Club
The world famous K club, with it’s two beautiful golf courses, designed by the one and only Arnold Palmer.  It was the venue for the Ryder Cup back in 2006, which was the  first time the event had been staged in Ireland.  The Kildare club, also was home to the Smurfit European Open on the European Tour from 1995 – 2003 and once again in 2005, but its’ highlight must have been when the Palmer Course hosted the Irish Open in 2016.  That was won by the Irish superstar Rory McIlroy. 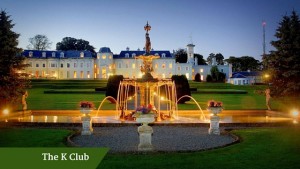 The Kildare Hotel and Country Club, Is one of Ireland’s very few first grade AA, 5 Red Star Hotels.  Offering the very best luxury and comfort imaginable.  Some other sporting facilities you can enjoy at the K Club include: swimming, tennis, out-door archery and the very popular trout and salmon fishing.  All activities are set on the historical 330-acre site that was once the Duke of Leinster’s residence. 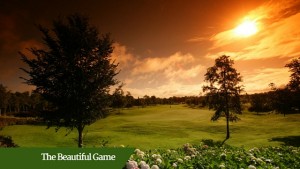 The Golf Club wanted the design of the course to be something special and unique.  They chose a person who is generally regarded as one of the greatest players in the history of golf, Arnold Palmer, who used his experience to turn the K club into one of the greatest international courses selected to host the Ryder Cup.  When the course was completed Palmer said “I feel that I have guaranteed that the player will get enjoyment from his efforts and that is the design concept that myself and Michael Smurfit set out to provide” 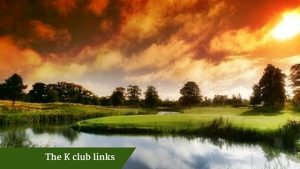 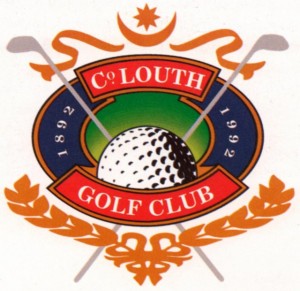 County Louth Baltray
Affectionately known, Baltray County Louth’s Golf Club sits on natural sand dunes firmly placed between the Boyne river, to the south and the Irish Sea, to the east.  The natural landscape was ideal for a links layout.  The gentle, rolling landscape was so perfect that designer, Tom Simpson, placed only 50 bunkers on the course, nature did most of the work.  The bunkers may be few in number but they are strategically placed to test any golfers accuracy.

This course is straight-forward with very few blind spots or surprises, it’s that actual layout that is so demanding.  Tom Simpson designed the course so that no two holes run in the same direction, making the unpredictable wind that comes from the coast a deceptive factor.
It is undoubtedly one of the countrys’ finest links courses.  It hosts the east of Ireland Amateur Championship every year and also held the Nissan Irish open in 2004 to much acclaim and success. 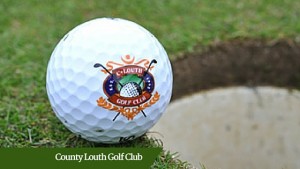 The signature hole of county Louth must be the 14th, if the conditions are just right you can drive your way home, from the tee shot, on this short par 4.  For many this elevated hole is sublime in the right wind.  With a great view you can see the shot and take a long carry on to the fairway. 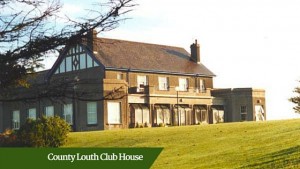 Baltray is ranked in the the top twenty five courses in the British Isles and in the top six in Ireland itself.  Visitors must wonder how such a stunning  Par 72  golf course can have been passed by for so long.  Golf Digest rated county Louth in the international 100 and describes it as a “hidden gem”.  Though it may not be as well known as Tralee’s the K club, it is a magical T- links and there is no doubt Baltray deserves much more credit because it is a must on every golf itinerary to the east of Ireland.

The Royal Dublin
Founded in 1885, The Royal Dublin Golf Club is Ireland’s second oldest Golf Club.  It was originally designed by Harry Colt and was extended and overseen by golf architect Martin Hawtree.
The Royal, is one of those unique clubs that sits entirely on an island, Bull island, and can be accessed by an old wooden bridge (if you want the old time feel) or via the modern causeway.  The island was created in the 19th century, as a result of the sea wall, which was constructed to provide shipping with a safe, straight and deep approach into Dublin city. 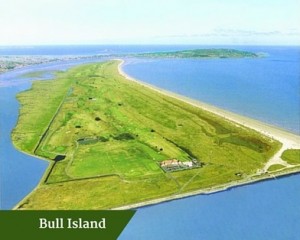 The Royal Dublin is one of the most exciting golfing courses Ireland has to offer and notably, has hosted seven Irish Opens.  This links has it all; mature trees surrounding the fringes, natural sandy bunkers and an incredible beach.  Be wary of the wildlife that are on the course as they have been known to swoop from the skies or pop up and steal your ball!  Bull Island is a well-known wildlife habitat throughout Europe because of it rare collection of flora and fauna and particularly it’s home to a group of wildfowl.  It attracts more ornithologists than any other place in Ireland.

The club house has a great team of instructors, that includes; Leonard Owens.  He has 100 European Tour events under his belt as well as 2005 PGA Professional of the Year.  Teaching facilities include: a pitching green with bunkers, large driving range and putting green, all of which allow for excellent coaching facilities.
If perhaps you have accidentally left your clubs at home or are just looking to upgrade, drop into the fully stocked pro shop.  That carries a full range of golf equipment and clothing for both ladies and gentlemen, including: Under Amour, Titleist, Mizuno, Oscar Jacobson.

And that rounds off our trip to the east of Ireland, to some glorious greens and fabulous fairways.  If you have any queries, or if you would like, call us directly to make and enquiry or to book a tour.