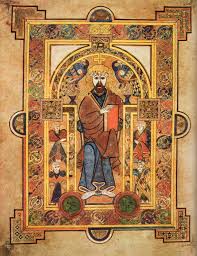 We explored some of Ireland’s top Ancient places to visit, now we take a look at some of the ancient treasure’s that have been found on the Emerald Isle.  A tour of Ireland is much more than a vacation, allow yourself to be immersed in the many years of history with the backdrop of some of the most beautiful scenery you’ll ever see! 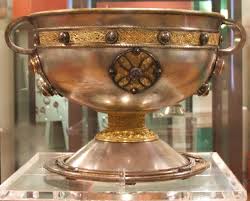 The famous Ardagh Chalice was found in 1868 by two boys digging a potato field in the village of Ardagh, County Limerick. The intricate chalice is formed of 354 separate pieces and made with a mixture of precious metals.  It is a large cup with two handles and made mostly with silver but also  decorated with; gold, gilt bronze, brass, lead pewter and enamel. The construction is believed to be typical of early Christian Irish metalwork and has the names of the disciples inscribed. 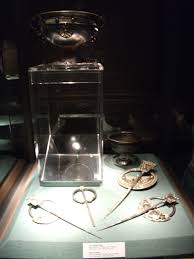 The chalice was not the only discovery, it was part of what is known as the Ardagh Hoard.  Also found were a smaller cup and four brooches.  The brooches were believed to have been worn by monastic clergy to fasten vestments. The hoard is dated back to 8th century AD.  A customized tour of Ireland means that your personal Irish chauffeur can escort you to any of these historical site you wish to see. The Ardagh Hoard is on Display in the National Museum of Ireland in Dublin.

Containing the Four gospel of the New Testament written in latin, is the Book of Kells.  This ancient book is from the 9th Century and was found in the Abbey of Kells, Co. Meath. The decoration combines traditional Christian iconography with the ornate swirling motifs. Figures of humans, animals and mythical beasts, together with Celtic knots and interlacing patterns in vibrant colours, enliven the manuscript’s pages. 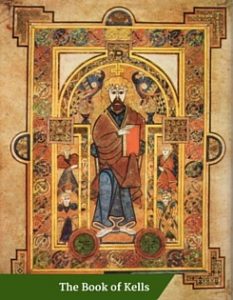 The stylistic detail and Celtic art throughout the book is breathtaking.  A digital version of the book was created by  Trinity College and means the reader can have the experience of going through the book page by page.  However, nothing can replace taking a private tour to Ireland and viewing the book in person! 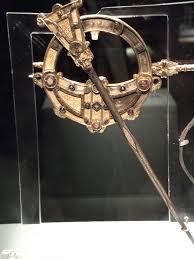 The Tara Brooch is a celtic made piece from 650 to 750 AD.  the beautiful piece of jewellery is made of cast and gilt silver, it has pieces of glass, enamel and amber with a thread of gold through it.  A rare discovery in Ireland. 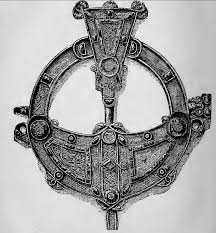 Despite its name, the brooch was not found on the Hill of Tara, which was seen as the seat of the High Kings of Ireland.  The Tara Brooch has no connection to either. It was apparently found by a peasant woman on a beach near County Meath, however, it is thought that it was found further inland.  It is now on display in the National Museum of Ireland in the capital; Dublin. 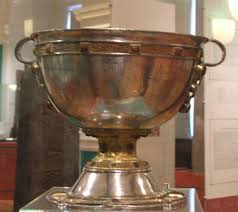 The Derrynaflan Chalice is from circa 8th/9th Century and is a fairly new discovery, found in 1980.  It was found in ancient monastic site of Derrynaflan, County Tipperary, neighbour to County Limerick where the Ardagh Hoard was found. A man and his son discovered the hoard when using a metal detector on the land. After it’s discovery a court case ensued by the finders seeking payment as an award. However, they were unsuccessful and new legislation was introduced in Ireland to change it’s then existing ‘Treasure Trove’ law. 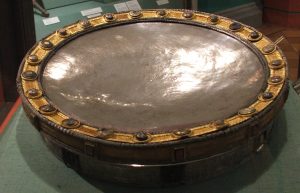 Similar to the Ardagh Hoard; there is the Derrynaflan Hoard, the chalice was also discovered with other items.  Also found were; a composite silver paten, a hoop that may have been a stand for the paten, a liturgical strainer and a bronze basin inverted over the other objects. All items can also be seen in the National Museum in Dublin.

These Ancient Irish Treasures are just a sample of the history and the trip of a lifetime in Ireland that awaits you. If you are interested in an Irish Vacation Package and would like more information, please click on the Enquire button below: