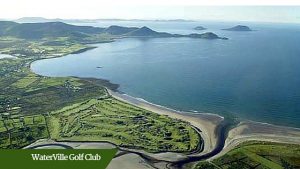 Besides the magnificent scenery, Ireland has some of the best Golf Links the world has ever seen.  The Golf Courses are a favourite with some of the globe’s most famous stars and Ireland itself has contributed so many talented golfers to the world. Put an Irish Golf Trip on your bucket list today and let us do the rest, we’ll leave no stone unturned to make sure you play the best golf in Ireland. The Emerald Isle should be top of your list for a luxury golf tour in Ireland and here’s some of Mike Ryan’s Exclusive Selections…

Founded in 1893, Ballybunion Golf Club is home to two testing course, the Old Course and The Cashen Course.  Ballybunion is in County Kerry, on the southwest coast of Ireland.  It was founded in 1893, starting off as a 9-hole course before later expanding to 18 holes, in 1927. Although its’ remote location has lead to few championships being held here, Ballybunion Golf Club has been a consistently popular amongst those wishing to be challenged.  It’s location is no concern to you as your a private chauffeur will get you there and back.

There you have the some of the very best golf links that Ireland has to offer! If you are interested in a customized golf package in Ireland and would like more information, please click on the Enquire button below: